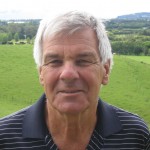 KPMG’s Agribusiness Agenda for 2015 is a comprehensive analysis of the challenges faced by New Zealand agriculture in meeting the government’s target of doubling exports by 2025. In the light of dramatically falling dairy prices with little sign of recovery, what was always a big ask has suddenly become a whole lot harder, writes Allan Barber.

The Agenda was prepared following a series of Roundtable discussions with a number of leading agricultural personalities from which the views of the participants have been distilled into a number of conclusions. The key finding is that there is a compelling need to add value to our agricultural output which the report admits is pretty obvious and easier to say than do.

The annualised growth in value of primary sector exports between 2002 and 2014 was 4.5 percent per annum. The report states the majority of the growth occurred through commodity price movements and volume growth, which suggests little progress has been made in realising incremental value driven by the attributes of our products, customer relationships, innovation and branding.

According to Ian Proudfoot, KPMG’s agribusiness partner, the starting point for value adding should be a conversation with the people you expect to consume the product, whereas investment is mostly targeted at operational excellence. While this strategy will lead to improved performance, it will not be enough to create enough additional value.

Products should be developed from a base of thorough understanding of the customer’s requirements, underpinned by continuous innovation and operational excellence built on an organisational culture that is committed to long term investment in the value adding strategy.

There are several reasons companies fail to pursue a successful value added strategy: a one size fits all approach to the market, the tendency to invest in hard assets as opposed to intangibles, confusion between commodity and value add within the same business (shades of Fonterra’s problems with its shareholding structure), confusion about the development of a value add strategy and the lack of sufficient scale to make a difference.

But as the Agenda notes, ‘The frustrating thing for the primary sector is that all the wise advice it receives telling it to add more value to its production is basically correct. Even if those giving out the well-meaning advice have no real understanding of the practical challenges of shifting the value equation, the industry has no choice but to adopt strategies that provide it greater control over its future profitability and prosperity.’ The most telling statistic is that the producer receives at best 30 percent down to as little of 10 percent of the final price of the product. ‘Value creation grows exponentially as you get closer to the consumer’ the report concludes.

Examples cited of organisations that have attempted with more or less success to go down the value added route include NZ Merino, Comvita, Zespri, Tru-Test, First Light and Silver Fern Farms.

The Agenda concludes with an analysis of the DNA of value creation by a KPMG consulting partner which isolates seven characteristics evident in every successful organisation. These seven attributes are pivotal leaders, ambition and attitude, a strategic anchor (or vision), appropriate investment and resource allocation, customer intimacy, capable people and deployment discipline.

Research findings indicate very one of these attributes is present in all successful organisations, but without even one of them the chances of successfully implementing a value added strategy are significantly less. A final plea is ‘to create more powerhouses of the primary sector; this needs leaders that can lead and build value chains. We need organisations that can see the world through a sufficiently ambitious lens.’

It will be very interesting to see whether agribusiness can pick up the cudgels and steadily reduce the country’s dependence on the commodity end of the market.

Allan Barber is a meat industry commentator. He has his own blog Barber’s Meaty Issues and can be contacted by emailing him at allan@barberstrategic.c